Pulse’s team has deep expertise in hedge fund investments and customizing portfolios for institutional investors. The Principals have invested over $15 billion in hedge funds since 1996 via co-mingled, proprietary, and customized managed accounts. A robust due diligence process, application of dynamic asset allocation methodologies, and commitment to risk management have resulted in the delivery of attractive risk-adjusted returns for investors across multiple investment cycles.
Both Managing Partners have lived and worked in the Gulf where they have developed deep relationships with institutions and maintain a regular footprint in the region. The team at Pulse has been servicing alternative investment products for institutional clients for decades. 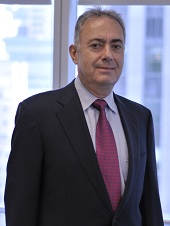 Ibrahim Gharghour
Ibrahim Gharghour co-founded Pulse Capital Partners in 2009, and serves as Managing Partner and CIO. Prior to co-founding Pulse, Ibrahim spent 16 years at Investcorp. He joined as Treasurer in 1993, and in 1996 he co-founded the hedge fund business, subsequently serving as co-CEO and co-CIO of the entire division.
Prior to his tenure at Investcorp, Ibrahim held a number of senior positions at JP Morgan Chase (Chemical Bank) from 1982-1993, culminating in him running the bank’s businesses in the Arabian Gulf. Ibrahim began his career at Irving Trust in New York, where he held several roles from 1978-1982. He holds a B.A. in Economics from Bates College and earned an MBA, with Honors, from New York University. 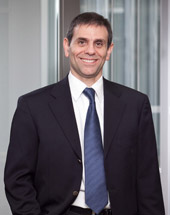 Jean-Claude Issa El-Khoury
Jean-Claude Issa El-Khoury co-founded Pulse Capital Partners in 2009, and serves as Managing Partner and CEO. Prior to co-founding Pulse, Jean-Claude was a Managing Director and Head of Global Markets for the Middle East, North Africa and Greece at J.P. Morgan London and Dubai.
Previously, he spent 11 years at Societe Generale, where he was responsible for marketing the firm’s products to the Middle East, North Africa and Greece. Jean-Claude also served as Deputy Head of European Derivatives Marketing to financial institutions. He holds a Masters in Civil Engineering from Ecole Superieure d’Ingenieurs de Beyrouth (E.S.I.B) and a Masters in Business Administration (MBA) from Group HEC, Paris.

Pulse works in tandem with service providers to ensure that operational best practices are employed and that our compliance regime is in conformity with industry regulations and best practices. Pulse is affiliated with Groton Securities a division of INTE Securities LLC for its broker dealer activities.

Pulse’s strength with Gulf-based investors is based on decades of nurturing and building trust, continuous networking to leverage already strong relationships and to develop new ones, and living and working in the Gulf for many years. Pulse founders held senior positions at Investcorp and JP Morgan and have deep relationships with key investors (ranging from junior to senior level decision makers).